Falling Waters is only 15 miles south of the border, so if they can make it across the Potomac River and Interstate 70 somewhere between Fort Frederick State Park and Hancock they would have a clear shot into Pennsylvania. But many PA residents would say this shot has already been taken because — mountain lions are already living north of the Mason Dixon line.

Here’s a mountain lion story out of Newcomb, NY where an animal of some sort was captured on a trail cam. Apparently the Adirondacks are rife with sightings and the New York state DEC has confirmed that the big cats have been documented in the region, although they deny the existence of a breeding population. 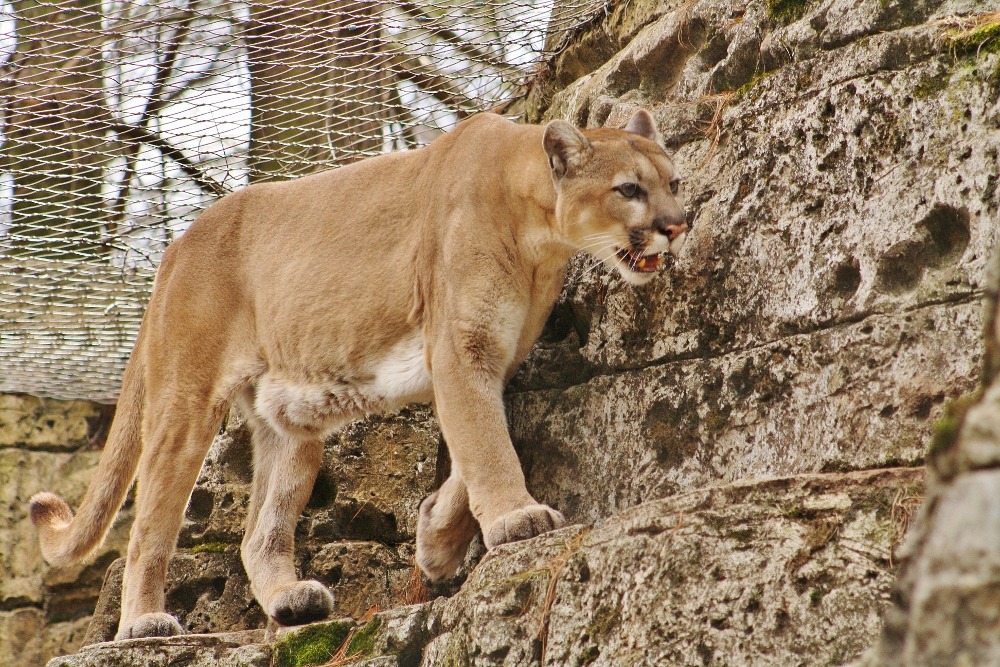 A mountain lion at the Bergen County Zoo in New Jersey. Photo by visitpadutchcountry.com