For the $15 million they spent on this museum they could have rebuilt the Columbia-Wrightsville covered bridge that was put to the torch in the lead up to the battle of Gettysburg. Tours could include walking across, taking a wagon or miniature coal car ride through (the bridge had a lane for train traffic), or being pulled by a mule across the river in a canal boat alongside of the bridge… now that would be an attraction that would pull in way more than the 40,000 visitors a year that go to the National Civil War Museum. Why not build it now and then offer a combo ticket for the bridge and the Harrisburg museum. These two Civil War attractions combined and cross promoted would generate the kind of interest necessary to draw tourists from Gettysburg into York, Dauphin and Lancaster counties. 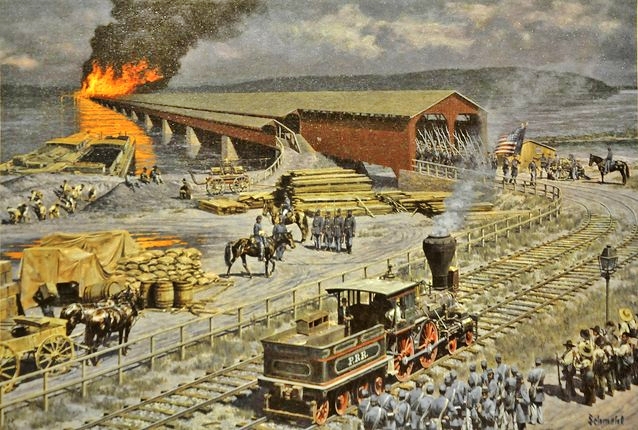 The Turkey Hill Experience received 100,000 visitors in its third year of operation. How many of those visitors would want to see the bridge too? My guess would be a lot. The owners of the Burning Bridge Tavern would be happy to see the bridge return, to say nothing of the countless other businesses in Wrightsville and Columbia. And Historic Wrightsville Inc. , the owners of the Burning of the Bridge Diorama and the Historic Wrightsville Museum? I imagine they would be more than excited. Don’t forget the plans for a new riverfront park in Wrightsville either, they would dovetail nicely with a rebuilt bridge. The impact would be transformative.

The Gettysburg National Military Park spent $15 million alone just to restore the Gettysburg Cyclorama. Dauphin, Lancaster and York counties combined generate about $5 billion worth of economic activity per year from tourism. Wouldn’t it be worth it for them to get together on a project such as the rebuilding of the Columbia-Wrightsville Civil War Covered Bridge? All 27 of the original stone piers are still there 151 years later, waiting patiently for their history to be celebrated once more. 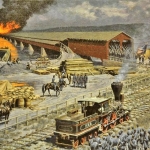 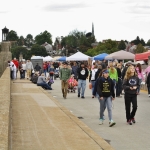