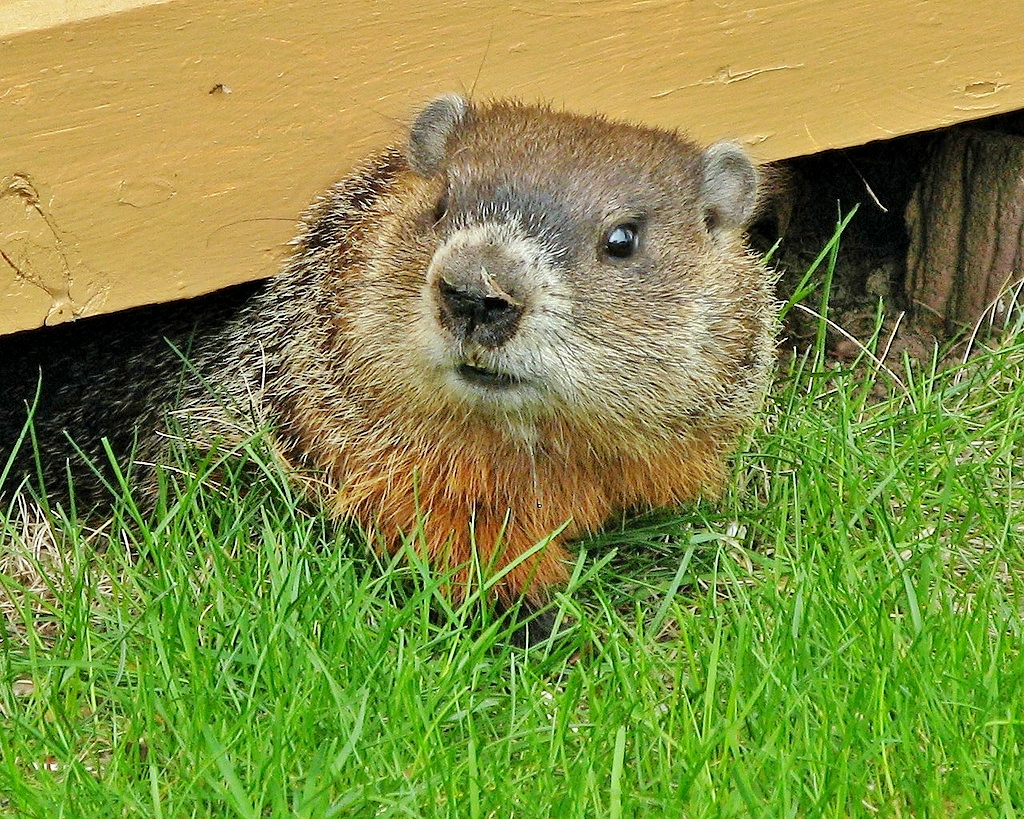 Many people are aware that the American tradition of Groundhog Day, or Grundsaudaag, has it’s origins in Pennsylvania Dutch folk culture. But the practice of using an animal to predict the weather for the six week period following February 2nd wasn’t created from scratch by the German speaking immigrants who began arriving in colonial Pennsylvania in 1683.

In medieval Europe the Christian festival of Candlemas as well as the Pagan Imbolc were celebrated on February 2nd, a date that also happens to be the mid point between the Winter Solstice and the Spring Equinox. Due to the weather patterns common in Europe at the time it was possible for Winter to more or less end in early February. The people of the time would light candles in a symbolic effort to bring light into the dark, cold days of Winter. If the sun was out on Candlemas it was believed to herald six more weeks of winter, if clouds were the order of the day than spring was to arrive early.

At some point German farmers began to incorporate the common Hedgehog into the tradition because they would often emerge from hibernation around the same time as Candlemas. A sunny day would create a shadow which the hedgehog intuited as a signal that Winter was not quite over and the wisest course of action was to retreat back into the burrow and resume hibernation for another six weeks. To ignore his own shadow and fully emerge from hibernation at that point would be to risk death.

Upon arriving in colonial Pennsylvania the Germans continued the tradition with one small change: the hedgehog was replaced with its closest New World animal equivalent – the ubiquitous groundhog. Although it’s likely that the tradition took root along with the newly arriving immigrants the earliest known textual reference to Grundsaudaag is found in the diary of James Morris, who wrote:

February 4, 1841 — “Last Tuesday, the 2nd, was Candlemas day, the day on which, according to the Germans, the Groundhog peeps out of his winter quarters and if he sees his shadow he pops back for another six weeks nap, but if the day be cloudy he remains out, as the weather is to be moderate.”

Quite a few other localities in the heart of Pennsylvania Dutch Country celebrate Groundhog Day as well. In Lancaster County: Ephrata – home to the famous Ephrata Cloister – has Cocalico Cal, Mount Joy has Minnie, Quarryville has Octorara Orphie.

To the west across the Susquehanna River York County is home to several local weather prophets: Dover Doug is the star of the day in Dover, Poor Richard in the City of York and Susquehanna Sherman in Mount Wolf (hometown of current Pennsylvania Governor Tom Wolf). The most German of Pennsylvania Dutch cities – Reading, celebrates with Patty Pagoda, presumable named after the historical landmark pagoda building that sits atop Mt. Penn in Berks County. Also hailing from the Kounty of Barricks is Oscar the Groundhog. The furry prognosticator lives in an orchard in Greenwich Township and has his yearly prophecy interpreted by Lester Miller, the official die wedder barichda, or forecaster, for the local Grundsow Lodge 15 of Kutztown.

Despite having become a kitschy pop culture event in the eyes of most people, the old school Grundsaudaag was an important part of Pennsylvania Dutch folk life because being able to foretell the weather would’ve been a valuable skill – whether symbolic or real – for the farmers who made up a large and important segment of the population in the old Deitscherei. Grundsaudaag is also filled with meaning and considered to be a major holiday in the context of Pennsylvania Dutch neo-paganism, or Urglaawe. 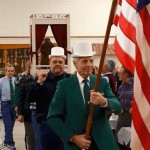