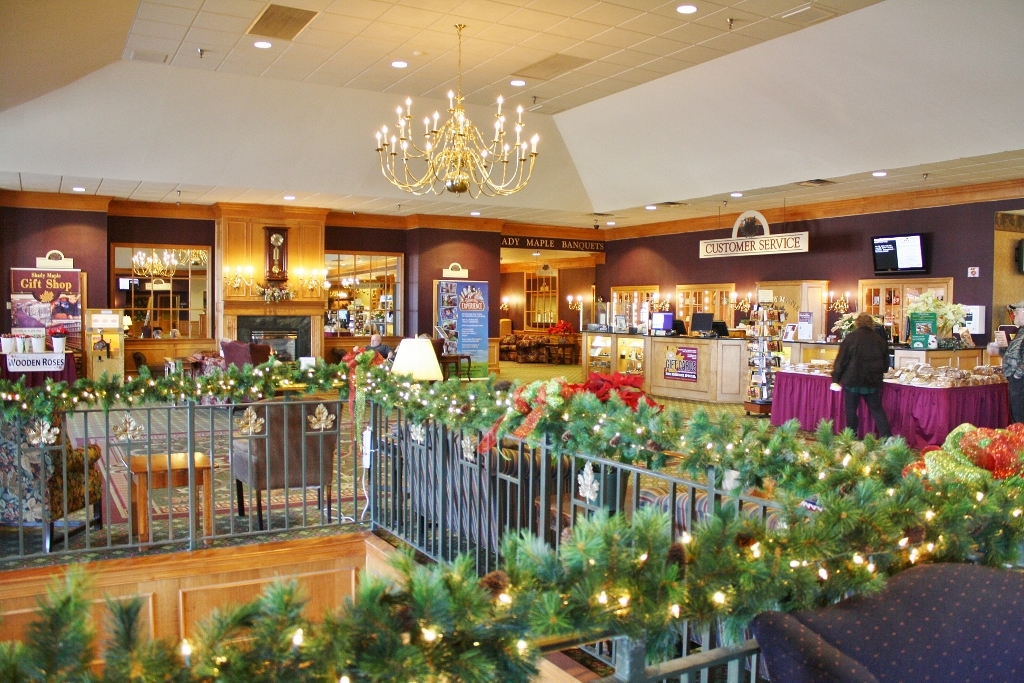 While eateries like the ones mentioned in the article have become incredibly popular it should be noted that truly authentic Pennsylvania Dutch cooking bears little resemblance to what you’ll find at places like The Shady Maple. As a non-foodie interested in the culture I found William Woys Weaver’s book As American as Shoofly Pie: The Foodlore and Fakelore of Pennsylvania Dutch Cuisine

to be incredibly enlightening and would highly recommend it to everyone. His book explains when, how and why Amish foodways- which are not synonomous with traditional Pennsylvania Dutch foodways – became what the public at large now thinks of as real Dutch cooking. That being said I like places like the Shady Maple for their kitsch value not necessarily for the authenticity of their “cuisine”. It’s a fun place to go for the sheer scale of it all – the dining as well as its gift shop, which is so big it has its own restaurant! Ideally I would like to see both option exist side by side.

Lancaster’s particular fondness for this style of eating lies within the region’s bounty. From cream-line milk and butter to Angus beef, free-range chickens to eggs, this part of the state is a top agricultural producer, not only in quantity but also in quality. While the majority of Lancaster’s population might have come from Germany, the food served at these smorgasbords is purely American, based on the region’s agricultural bounty along with nods to visitors’ palates. 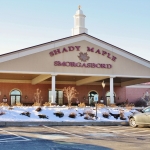