→ The Amish Are Looking for a New Home | OZY. 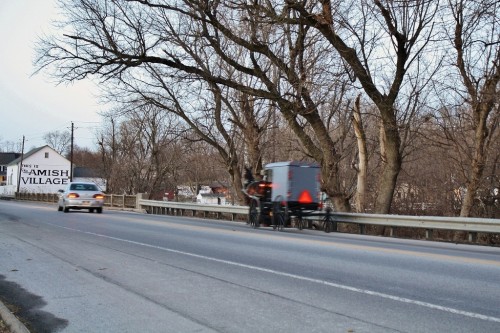 It’s true that some of the Lancaster County Amish are leaving. The average family has around seven children and the ideal being the farming life there is simply not enough land to go around at such high prices.

However I doubt there will be a mass exodus anytime soon. The Amish population in the United States as doubled in the last 20 years so it is natural that some movement is going to take place.

As interesting as the Lancaster County Amish “scene” is, it’s very important for those planning a visit PA Dutch country to keep in mind that there is much more to the Deitscherei. However if seeing Amish people is a priority for you but you don’t like the over commercialization of some areas in Lancaster county (and it really is only a few areas) then I recommend you venture out to some of the more remote yet still relatively close areas where Amish dwell. One area is in southern York County near the Norman Wood bridge. In and around this area, where the so called “bridge Amish” have been moving you can observe them without the distractions of roadside gift shops, tour buses and crowded farm country roads. As of 2010 there are about 1000 Amish individuals living in York County where farmland can be bought at a significant discount to comparable acreage in Lancaster County. The York County Amish are growing in numbers and they are expanding their footprint too. I have personally seen buggies as far north as Brogue.

There are other pockets of Amish settlement in Lebanon, Cumberland and other counties in the greater Deitscherei, including places like Mifflin County where some of the most orthodox sects reside, living a truly spartan lifestyle that might make some of the more urban Amish of Lancaster County look downright modern. The point is: The Amish are not a monolithic population who only live near the tourist hot spots of Lancaster County. If seeing Anabaptists in buggies is your M.O. then take the time to venture farther afield to see them, and in process you will also stumble across many more out of the way points of interest.

Dutch Meadows Organic Dairy in Paradise PA is a breed apart
→ Organic dairy in Paradise is a breed apart - LancasterOnline The 40 strong purebred Dutch Belted herd that produces the milk for Amish-owned Dutch Meadows Organic Dairy thrive on the 100% grass-based ...
The Amish Effect: Unique cultural strengths help Plain Sect businesses thrive
Amish scholar Don Kraybill calls it a riddle, or a paradox. How can the Amish be such successful entrepreneurs today, when they end their formal education at eighth grade and forswear ... 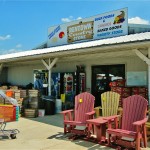 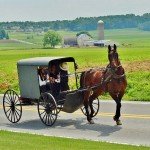