When presented with the idea of eating a traditional Pennsylvania Dutch dish made with a stuffed pig’s stomach most people instinctively recoil in horror. How could someone eat such a thing? Having grown up in York County, I was aware from a very young age that people ate stuffed pig’s stomach willingly. Making things worse, the dish is known locally as ‘hogmaw’, a term which, in my mind, brings forth a vision of feral swine, jowls dripping as it rummages along the buggy shores of the Susquehanna. To this day I have never sampled the dish.

However, I’m now open to the idea due to William Woys Weaver’s most excellent book: As American as Shoofly Pie: The Foodlore and Fakelore of Pennsylvania Dutch Cuisine

, wherein he renders the dish infinitely more palatable by calling it what it really is — sausage. I love sausage. Perhaps I could love hogmaw too.

The episode of ‘My Granmother’s Ravioli’ featuring “writer, actor, satirist and food person” Mo Rocco making stuffed pigs stomach, along with other traditional Pennsylvania Dutch staples with Bonnie and Barry Boyer of Nazareth will air on Wednesday, August 6th on The Cooking Channel. In the meantime you can watch the web-only clip below where Bonnie shares some foodlore. 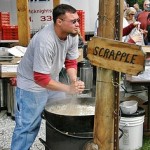 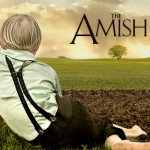 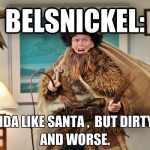 VIDEO | Dwight Schrute as Belsnickel in The Office
Here's a longer clip taken from the 'Dwight Christmas' episode with Schrute's version of Belsnickel handing out gifts while passing judgement on his coworkers. Impish or admirable? "Cheer or fear Belsnickel is ... 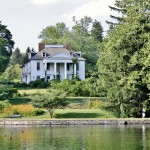