↓
Home Menu ↓
Home→Amish→When did the Amish first come to Pennsylvania? 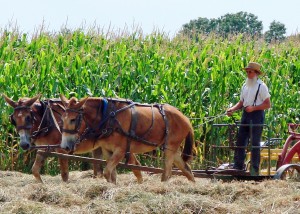 Although it is possible that some Amish individuals emigrated to Pennsylvania between the the years of 1710 and 1736 – either among the Swiss Mennonites that settled the Pequea Colony or on the ship Adventure in 1727 – the first historically verifiable groups of Amish sailed from Rotterdam on the Charming Nancy and arrived in Philadelphia on October 8, 1736.

These rugged, pioneering followers of Jacob Amman had names like: Beiler, Burki, Erb, Garber, Gerber, Hershberger, Hertzler, Kauffman, Kurtz, Lehman, Lichty, Mast, Mueller, Schantz and Zimmermann. Despite the vicious persecution suffered by the Anabaptist Amish at the hands of the ruling governments and religious elites of Switzerland, there still persisted among them a general reluctance to leave their homelands. They risked their lives in making the long and harsh journey to an unknown land. But for those that survived, the payoff was immense – both spiritually and materially, and well worth the hardships endured.

Ships logs of the time only listed the names of males over 15 years of age, but on board with many of these men would have been wives, daughters and underage sons. In fact, the total number of Amish individuals aboard the Charming Nancy, constituting as many as 21 families, was enough to seed two congregations of believers and two settlements in Lancaster and Berks counties.

Based upon research of ship lists the period between the arrival of the Charming Nancy in 1737 and 1754 witnessed the heaviest influx of Amish into colonial Pennsylvania, and by 1770 had all but stopped. By the onset of the Revolutionary War there existed a total of eight small settlements of Amish in Pennsylvania. 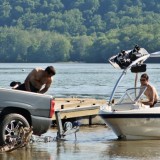