A fraktur by Daniel Peterman sold recently at Wehrly’s Auction in Codorus Township for $9,680, according to Scott Wehrly. 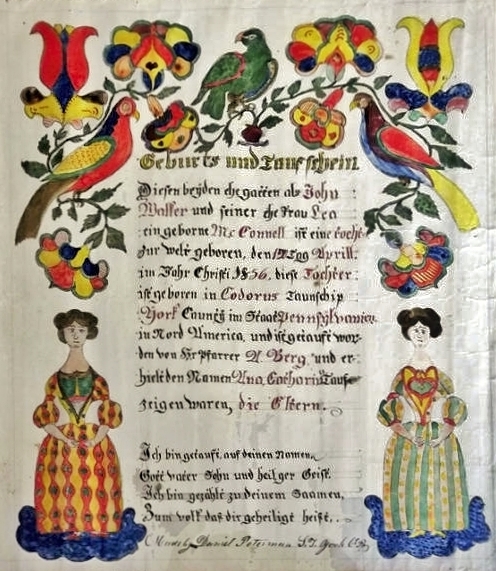 Lisa Minardi curates new Winterthur exhibition ‘A Colorful Folk: Pennsylvania Germans and the Art of Everyday Life’
→ UD alumna, doctoral student curates new Winterthur exhibition I'm glad they included this in the article: She notes that, contrary to what many people believe, Pennsylvania Germans lived in urban as ...
Folk artist Peter V. Fritsch was a beloved portrayer of Pennsylvania Dutch culture
As we draw nearer to the celebration of Easter and the earth awakens from sleep, it is an important time for the people throughout the Dutch Country to hold in ...
More Than Buggies & Hex Signs: Who Were The Schwenkfelders?
Visitors coming to Pennsylvania from outside the state often associate Pennsylvania Dutch culture with the Amish of Lancaster County, sometimes even assuming that the group is representative of all Pennsylvania ...
Early Pennsylvania Dutch Indian weathervane was one of a kind
→ A Look Back in History: Early Americana weathervane was one of a kind Antique barn toppers were thought to be good luck by Pennsylvania Dutch farmers and commanded top prices ... 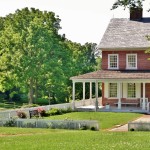 Local Links | April 29, 2015
ArtWalk, coming this weekend, is bigger than ever Exploring Lancaster's past at Rock Ford Plantation 'The stink bug whisperer': York County woman turns pests into art Lehigh Valley tourism: Who's visiting and what ...

VIDEO | Expressions of Common Hands: Folk Art of the PA Dutch
Originally produced in 1998 for PBS, this documentary traces the arrival of the PA Dutch in America, along with their visual culture. Synopsis: Explores the handicrafts and traditional arts of the "Pennsylvania ...
Auction of Civil War soldier’s skull found at Gettysburg canceled
→ Auction of Civil War soldier's skull found at Gettysburg canceled | Fox News 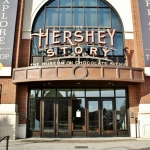